Welcome to Dl's Yaoi Polloi! You can purchase any of these titles through Paypal, which accepts many forms of payment including e-checks and credit and debit cards. You don't need a Paypal account to make a purchase through Paypal - just click and pay, it's that simple! You can also purchase any of these titles on Amazon.com for the Kindle. Just search under my pen name, Dextrousleftie. Once you make a purchase on this website, you will be redirected to a link where you can download your e-book. We use pdfs, but if you need another form or you have any other questions or concerns, please e-mail us at dlowrites@yahoo.com and we'll try to help or at least get back to you as soon as we can.
Dextrousleftie's List of Titles for Sale - featuring our newest titles,  Til Death Do Us Part and Charlie's Angel, with more titles coming soon! All titles are 1.99$ or less, so indulge your inner yaoi fan girl to your heart's content! -DL 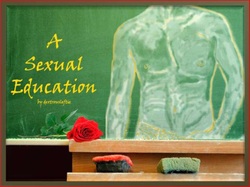 A professor is sure that he's seen his new student somewhere before. But where? and why in all of the images he has of this man in his head, is the student always naked?
Click Here to Buy Now 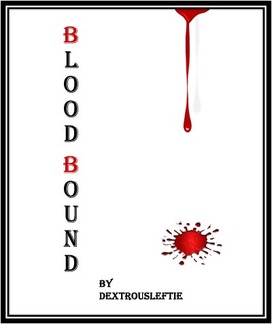 A young nobleman travels to the middle of nowhere to find the legendary Darryth Monsterslayer so he can convice the man to take him on as an apprentice. He gets much more than he bargained for when he finally tracks down the disgruntled government employee - danger, excitement, and (strangest of all) love in the arms of a rare creature that he never would have believed existed.
Click Here to Buy Now

A Cat in Cream 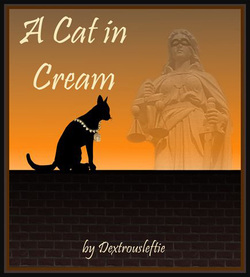 When a cat burglar out on a job saves a lawyer from being killed by a crazed one-night stand, both of their lives are changed forever.  Somewhere along the way, the now former cat burglar realizes that even the not-so-good people of this world deserve love too and that sharks should always mate… 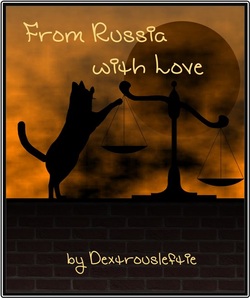 From Russia With Love - Sequel to A Cat in Cream

Which is more frightening, his mother or the mob? Alex is about to find out...
Click Here to Buy Now 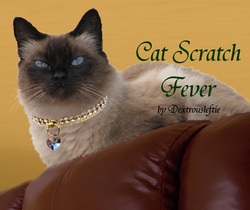 A stray cat at his door is the start of something new and wonderful for Will Hastings...

The Courting of the Queen - Prequel to Cat Scratch Fever 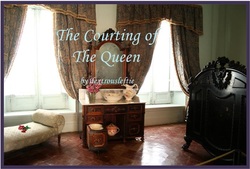 When Finn meets James McCready, the claws come out. He can't stand the stiff, arrogant antiques dealer. Then James starts sending him flowers, and it drives him insane. Will the man's determined wooing win Finn over?

Eye of the Beholder 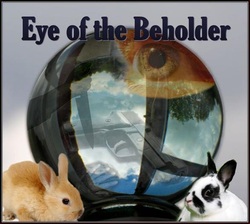 Blake Marsh, robbery-homicide detective, can't stand flaky, wardrobe-challenged Attis Gallagher. He thinks the self-proclaimed psychic is a complete nutjob. When his protective instincts kick in and he's forced to keep Attis safe from an unknown attacker, he begins to see things in a different light.

Eye Witness-Sequel to Eye of the Beholder 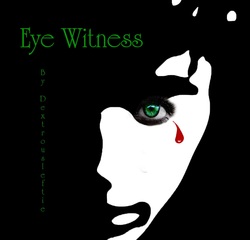 Dreams turn to nightmares for psychic Attis Gallagher when he begins to have nightly visions of a serial killer…and one who can sense him in turn! Will his lover Detective Blake Marsh be able to catch this killer in time? Or will Attis become his latest victim? 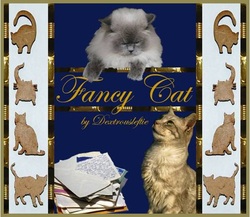 Devlin Thomas has had a hard time recently. His internet business failed and he has had to move back in with his unwelcoming mother. Now he works as a mail carrier and on his route he finds a peculiar and wonderful place . . . 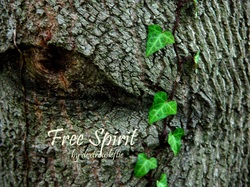 An elf’s curiosity leads him into the hands of a human wizard, with surprising results…

Genie in a Bottle 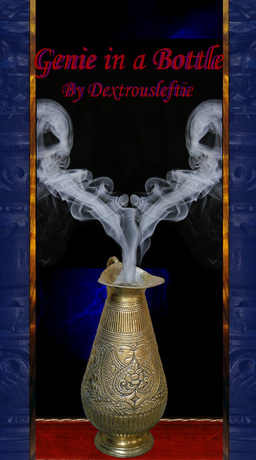 Trey loves to buy boxes at auctions. One day he buys a box mostly full of junk - except for an old brass bottle. When he tries to clean that bottle, boy does he get a surprise!  A real genie has been trapped in that vessel for centuries and now wants to grant Trey three wishes. Instead, out of kindness, Trey wishes for the genie to be free of his prison. And that’s how he comes to have his own personal servant for life…and one who is very grateful for his actions…
Click Here to Buy Now 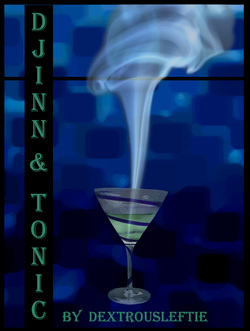 Sequel to Genie in a Bottle. Trey's friend Bryan is disgruntled about being the new master of the djinn he freed from his vessel. Will the two be able to get along? And will they come to a compromise about Bryan's love life? Only time will tell...
Click here to Buy Now

Heart of the Hawk 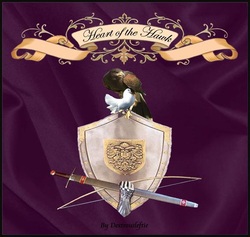 Caelin Tyr has never been the son his father wanted. Now he’s being sent into battle by his father to die. Instead he saves the life of an enemy soldier, who is more than he seems. Where he expects to find only death, in this man Caelin finds something altogether different - Someone to live for. 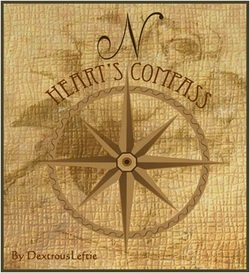 In Regency England, a government agent goes looking for a spy who is selling secrets to the French. Is it the handsome Welsh smuggler? And if it is, what will he do when he falls in love with that same captain? Will he follow his head or his heart? Will he betray his country or his lover?
Click Here to Buy Now

In the Garden of Eden 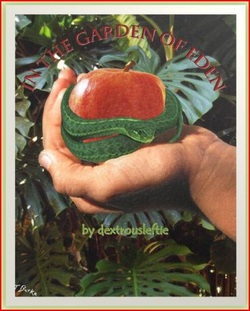 A surly student librarian vows revenge against an irksome artist, but things get tricky . . .
Click here to Buy Now 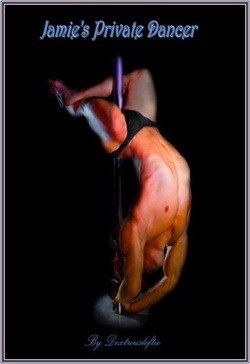 There is a new dancer at Jamie’s favorite club. He has the face of an angel, but the moves of a devil. The attraction between the two of them is undeniable, but can the sweet houri overcome his own personal demons? Will Jamie’s love be enough to help him heal? Or will the pain of his past keep him a prisoner forever?

The Law of Attraction 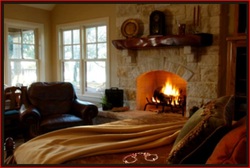 Running an errand for a friend turns out to be more dangerous than Daniel Page ever expected, but the brief encounter leaves him wanting more. . .
Click Here to Buy Now 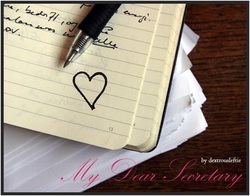 There’s something odd about his new female secretary.  Blake can’t quite put his finger on it…
Click Here to Buy Now 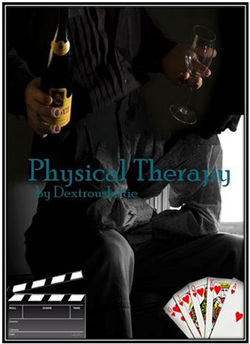 After being kidnapped and horribly abused by a psychotic fan, actor Drew Clayton is self-destructing. Finally, his anxious manager decides to get him some help. Fortunately for Drew, that help comes in the form of a one heck of a hunky therapist/bodyguard. With Kyle’s support, Drew might just be able to find his way back to himself. 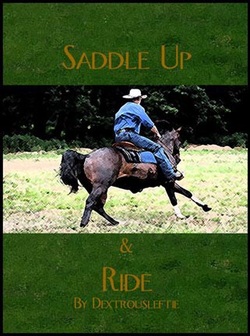 Wes Gordon lets his friend Peter convince him to go on a vacation in order to recover from a heartache. Strangely, Peter takes them to a dude ranch, of all places. But both guys find more than just a bargain vacation when they meet up with some very sexy cowboys. 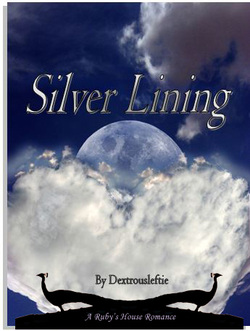 When a lamb of God shows up on the doorstep of a house of ill-repute, something wonderful is begun. Having lost his faith at an early age, Silver isn't interested in hearing any preaching. But when Daniel speaks, the happily sinful Silver is charmed into listening against his will.

Daniel is a young man determined to live a life of service and devotion. When a beautiful silver-haired man answers the door to him, he is startled to find himself confronted with the first real temptation of his life. 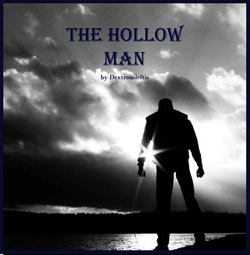 David thought his life was over. Then he met a man who made him realize that it was just beginning . . . 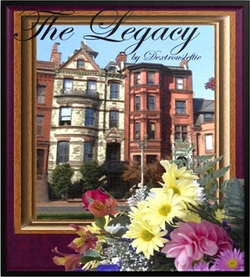 A death in the family brings him home for the funeral – and a startling discovery that will lead him to mending his broken heart.
Click Here to Buy Now 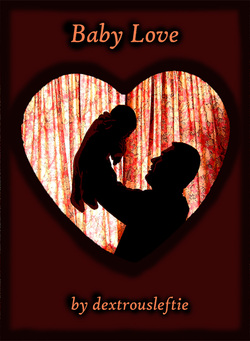 When his brother dies, leaving him as the guardian of his baby son, Richard Martin panics. He doesn't know anything about how to take care of babies! Fortunately, the male nanny sent over by the service knows all about babies - and he also seems to know how to make Richard's heart beat faster and his breath come short...
Click Here to Buy Now 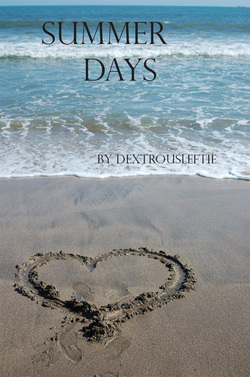 After a devastating loss, Eric Stayne takes his son Kyle to the beach for the summer to try to come to terms with the death of his wife and maybe assuage his son's grief a little. To his surprise, he meets a man from his past there. A man he once had a crush on in high school, and a man who is stirring up emotions within him once again...
Click Here to Buy Now

Til Death Do Us Part 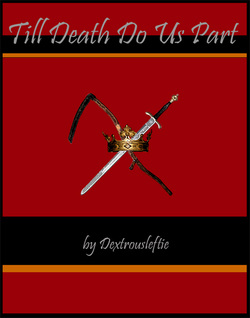 Drummond Alkaine is the worst Reaper ever. So when he is sent to collect the soul of a prince who is scheduled to die, it should have been no surprise to him or anyone else that he managed to botch his assignment so thoroughly.  Worse, he saved the prince’s life in the process. Now, without a job or a home, he must rely on the kindness of the very prince who he saved from an assassin’s knife. And try not to let that  lovely prince see how he feels about him…which might the toughest assignment of all. 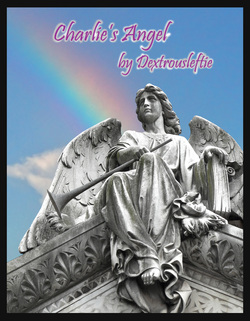 Charlie is a young man who has been traumatized by bullies in high school. But his life takes a turn for the better in college, when he meets a student named Aiden. Aiden invites Charlie to an LGBT Support Meeting, and that invitation is the beginning of a whole new life for Charlie...
Click Here to Buy Now 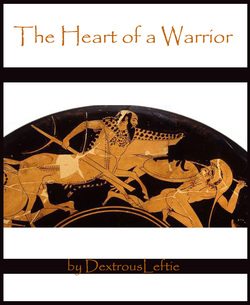 The Heart of a Warrior


Jaunty is a centaur who longs to be a warrior. Will his dream come true? Or will his destiny be very different?
Click Here to Buy Now